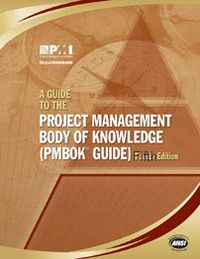 The PMBOK v5 Guide draft text has been approved by the Consensus Body. This is the PMI appointed group of industry consultants, government representatives, and academics who vote on the final content, and they have reached agreement on the ultimate text to use. Some of the appendices are still being finalized, but the main text is complete and set.

My contributions were on chapter 6 and while I had submitted corrections and updates to the PMBOK Guide before, this was the first time I had worked on a Chapter Core Team. On the plus side it provides first kick at suggesting updates, but on the negative side you then have to reconcile the thousands of review feedback suggestions.

My hope was to get more agile content into the PMBOK v5 Guide since 65% of PMI membership work on IT projects and agile has penetrated the IT industry. This means for many readers the previous PMBOK Guide seemed oddly deficient in its coverage of common practices. We got some agile coverage included, but it was much smaller than I hoped for. Yet perhaps it opens the door for future expansion in later versions.

I am glad it is finished; it was a very large volunteer time commitment with many periods requiring 10-20hrs per week. As with any volunteer work, the cause, the people you “meet”(this was all remote work), and what you learn are the real rewards. The PMBOK v5 Guide will be available in January 2013 and will drive the update cycle of offerings like PMP Certification and associated PMI standards.

I was wondering when the 5th version would be out. Thanks for the update and good work with your volunteer contributions. On another note, I'm studying for the PMI-ACP using your book and find it the best reference. When I'm done, I'll make sure to give it a 5 star review on Amazon. Good job!

Thanks for dropping by and thanks very much for the book feedback, it's great to hear you are enjoying it.

I was wondering if anyone can help me out here. I took a training on PMBOK v4 to complete 35 hours that is required for appearing in the PMP exam. I am in the middle of my PMP exam preparation and I do not think I will be ready before January to take an exam. Once the new book is out, does this mean I will have to retake the PMP 35 hours training again? Or previous 35 hours are going to be okay to appear in exam after the new book comes out?

That is a good question, but you will be fine. There is always a generous transition period for the many people like yourself who are part way through their preparations for the exam. I am not sure of the exact period, but believe you will get a 6-9 month window to take the exam based on the PMBOK v4 Guide, if you wish. Also, the training you took will still be valid, there is no requirement to redo contact hours of training when the PMBOK Guide gets updated since 80+% of the guide is similar.

So, keep at it and good luck with your exam when you come to take it.

Hi Mike,
I got your PM-ACP book. With these changes, do you plan to revise your book as well? Or you think it is OK the way it is now.

The PMI-ACP exam does not refer to the PMBOK Guide so changes to the PMBOK will not effect your study. The version you have is good.